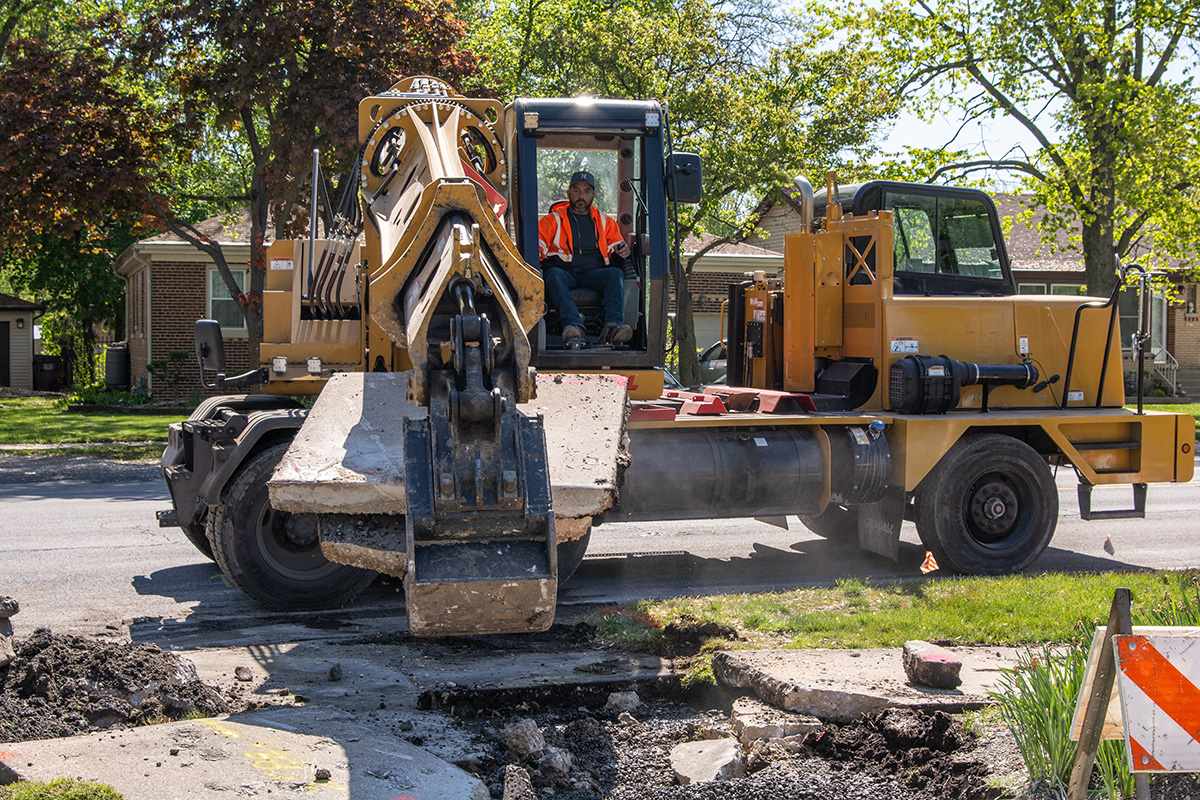 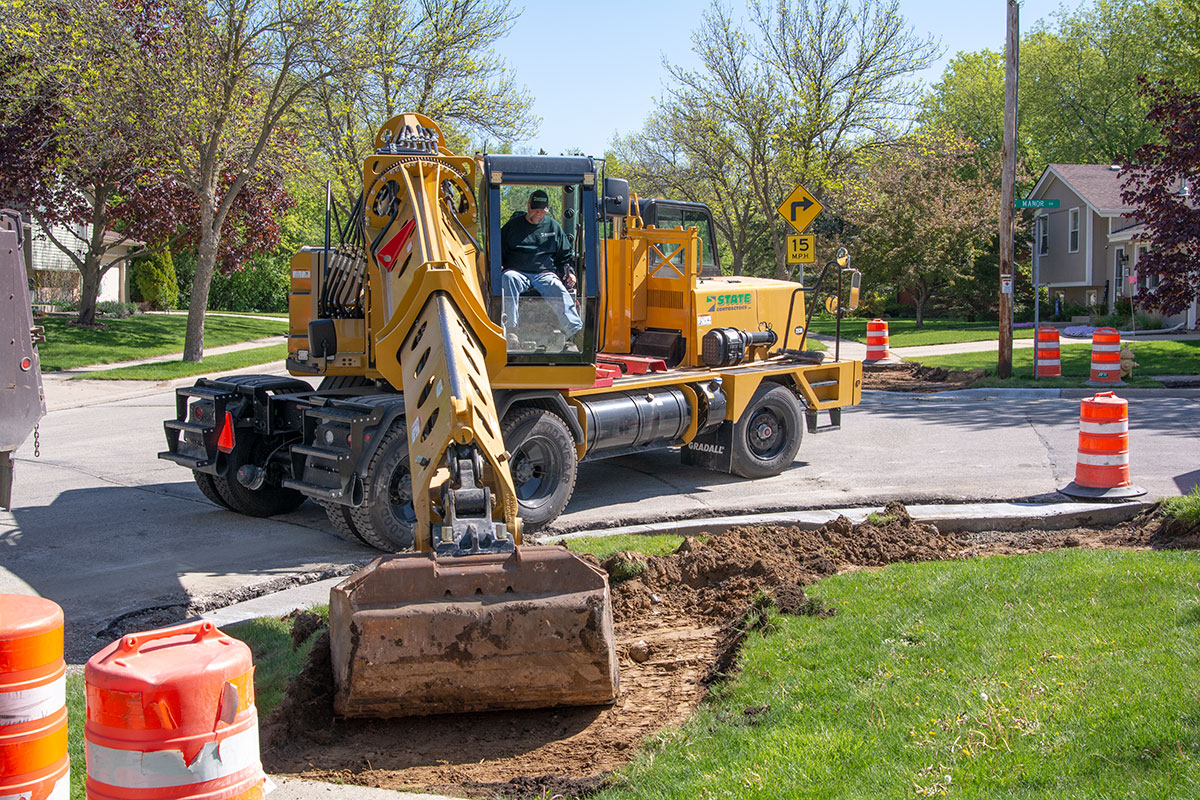 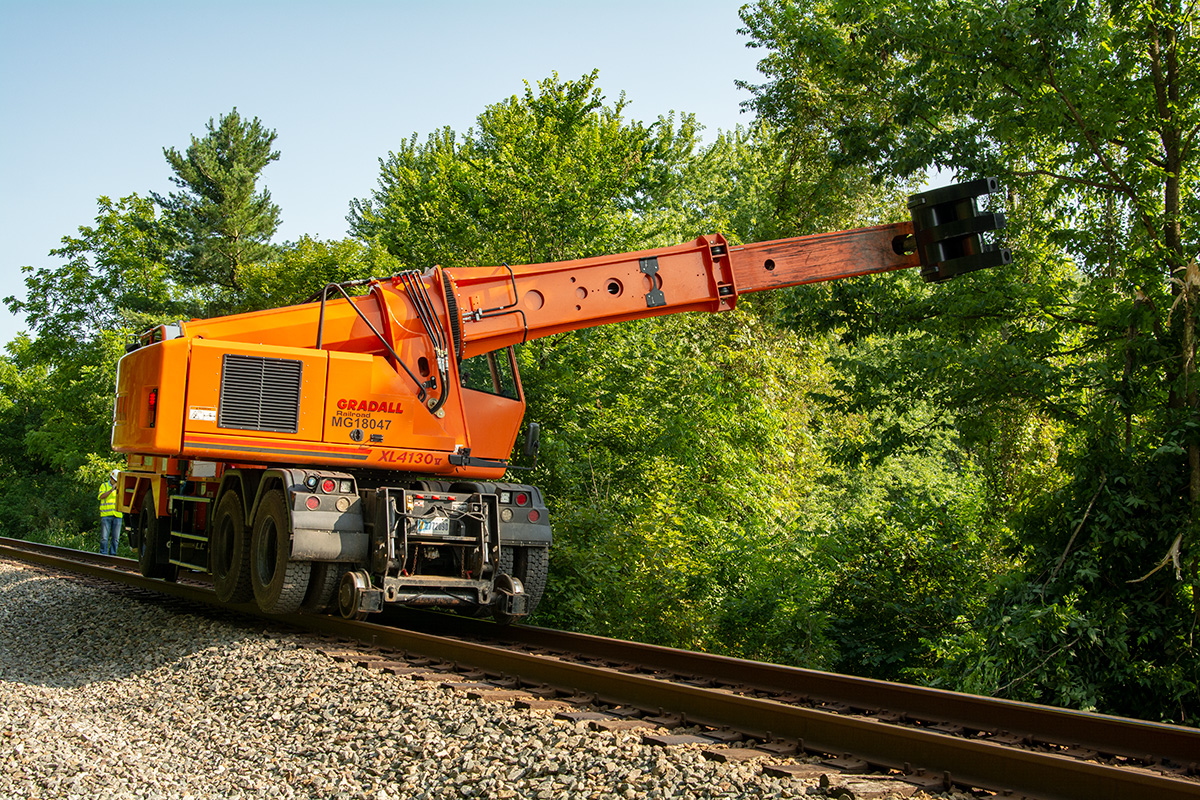 MOBILITY IS A BIG ADVANTAGE FOR GREEN DIAMOND, HARVESTING TIMBER ON ONE MILLION ACRES OF LAND 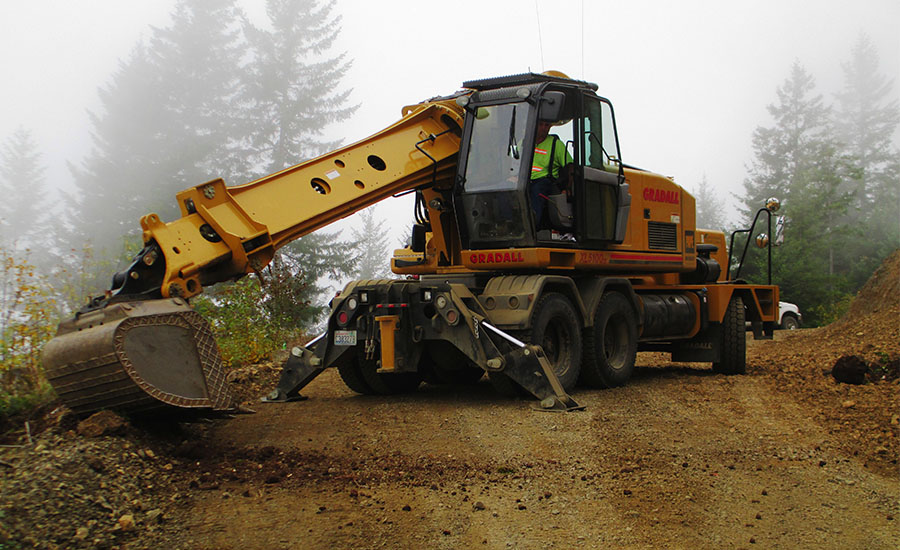 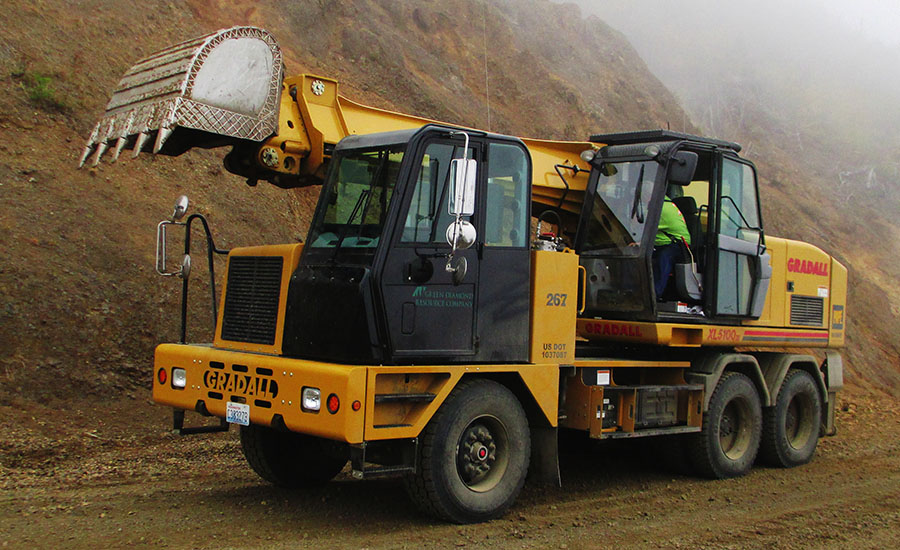 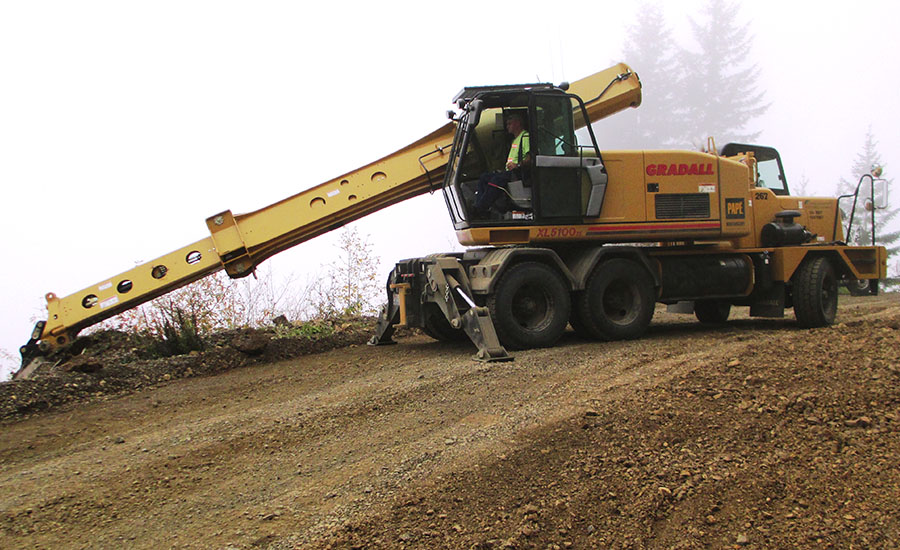 Green Diamond Resource Co. is a fifth-generation, family-owned forest products company - a major timber supplier of power poles and various specialty products as well as logs for saw mills. Based in Shelton, Washington, the company's success depends on its efficiency in growing and harvesting timber on one million acres of land - 340,000 of it in western Washington State, served by about 3,000 miles of gravel road. Gradall excavators play an important role in maintaining Washington State timber accessibility, including building some 80 miles of road each year.

"For us, these are multi-purpose machines that are busy about every day, around 1,500 to 2,000 hours a year, helping us to maintain and build roads to move our timber," said Bill Mehl, the company's general construction supervisor. Among the tasks they use the XL 5100 models for are ditching, banking slopes, culvert installation, loading rock to be spread on roads, installing bridges and blocking decommissioned roads.

Wheeled Gradall excavators are exceptionally stable, typically handling ditching and other big jobs without the need for stabilizers. But Green Diamond's XL 5100 routinely works on severe inclines, often on a 15% grade, so the company requires the addition of stabilizers. Stablizers also can help expedite pit rock removal, an extremely heavy material that frequently must be excavated and loaded onto trucks during Green Diamond's road maintenance and construction work.

"The mobility of these machines lets us cover a lot of ground very quickly," said Mehl. "When we need to make emergency road repairs, we can be 50 miles away and get to the repair site in about an hour, and we don't need a lowboy."

That advantage can also be measured in terms of dollars, said Roy Meier, maintenance superintendent for Green Diamond. "We save money because we don't have to have extra men, a tractor and a trailer to move the machine from one location to another," he said.

Meier noted that several other Gradall excavator features are particularly useful, including the ability to reposition the machine from the upperstructure operator cab. "The remote drive is important, especially on hilly terrain," he said. Meier also appreciates the full-boom tilt capability and extra boom reinforcement on the Series IV model to create more boom strength. An automatic transmission is also standard on the Series IV model, which pleases operators.

Factory support, according to Meier, has been excellent and it sets Gradall apart from other equipment manufacturers. When Green Diamond people expressed any concerns about the Gradall machines' performance, Meier said factory-backed expertise was readily available in the field.